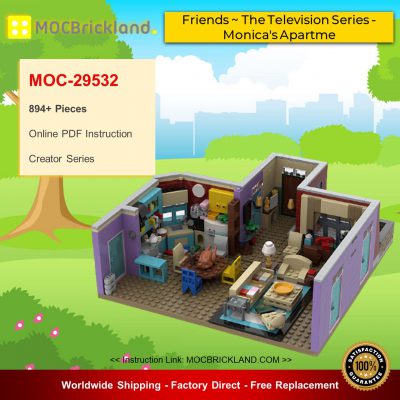 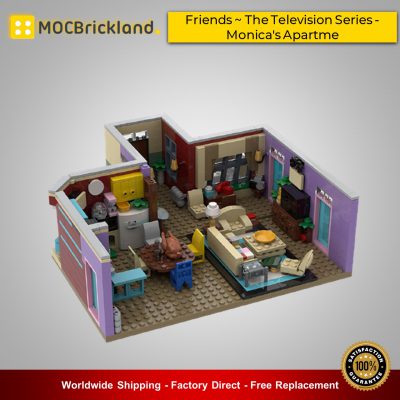 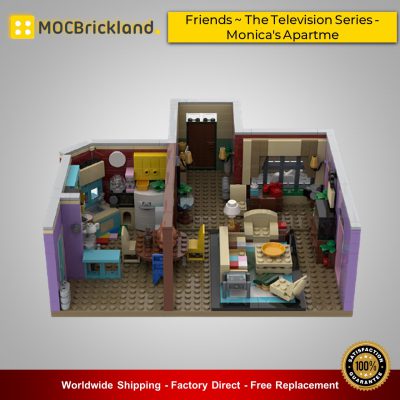 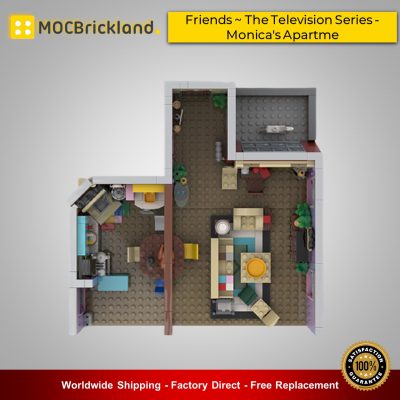 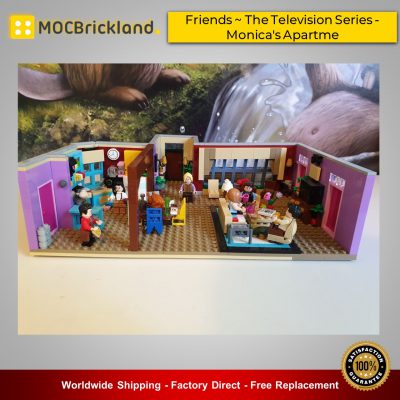 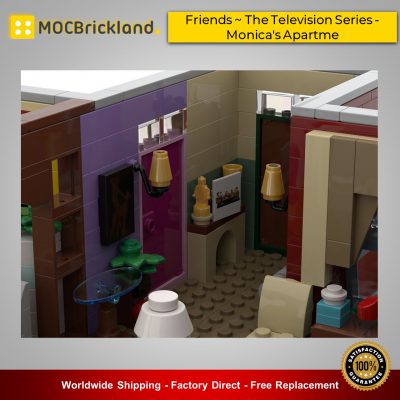 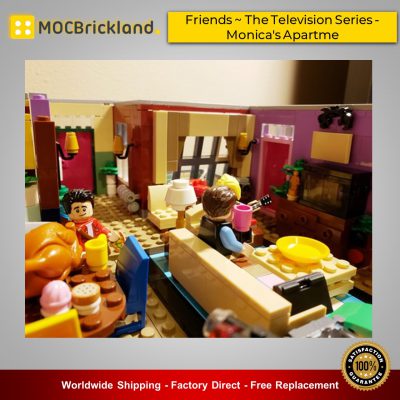 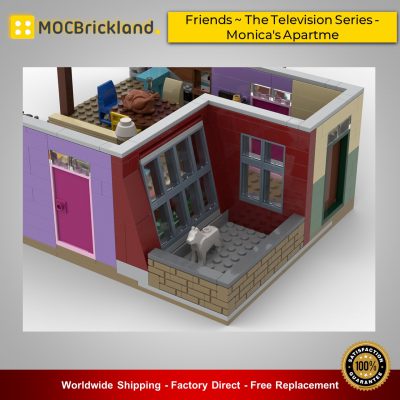 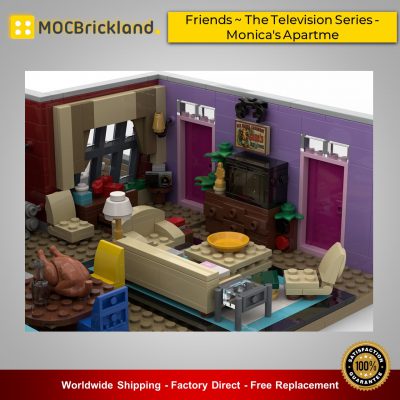 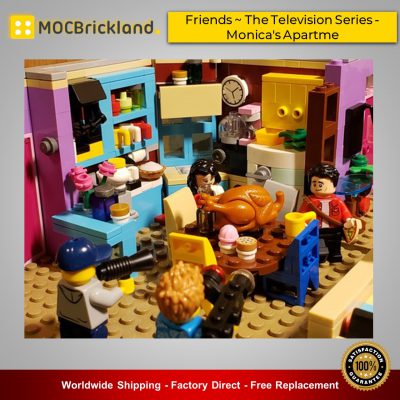 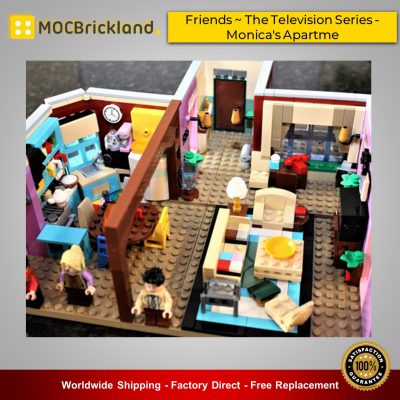 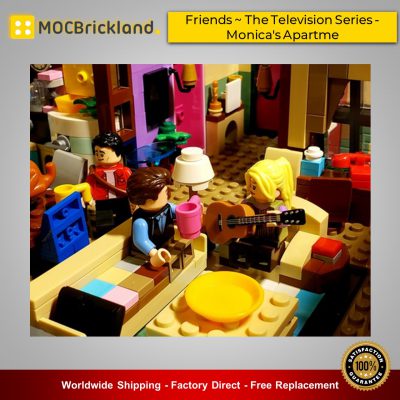 Build the perfect companion for the newly released Ideas set 21319 of Friends ~ The Television Series – Central Perk. Pose the fabulous minifgures in the other iconic and most used location in the show: Monica’s Apartment (then Joey and Chandler’s apartment, finally Monica and Chandler’s Apartment…every single one of the group has lived here).

The interiors are mostily based on season one images of the apartment (it changes a lot from one episode to another), but a lot of references to various cult scenes throughout the series have been added. You can have fun spotting them all and even add more of your own as there is a lot of open space!