This is the LEPIN [] 06022 – Temple of Airjitzu Real Reviews from our lovely customer nickname René Finkel  at Germany.

So here the “Forum Set” freshly built and snatched from the offspring.

I have nothing to write about the delivery history, have bought quite a few and waited for the shipment.
It was sent to me in a box. This had however damage.
The contents were 33 numbered bags of which the number 32 A & B stood for the figures.

The manual was included, various small errors and summaries of steps included.
In places, because of just the colors every now and then riddles.

To set up a real temple. 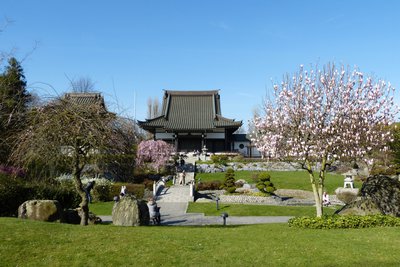 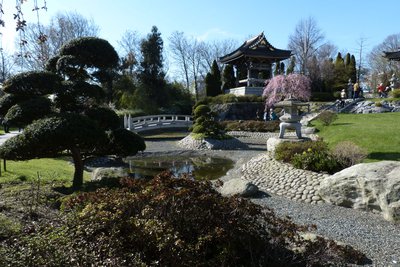 So and here the built Temple:
We have not applied any stickers, but nevertheless, they were in good quality with it. 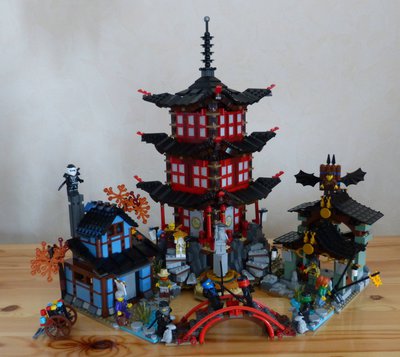 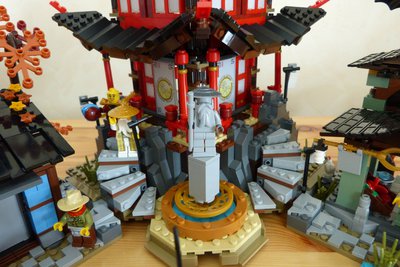 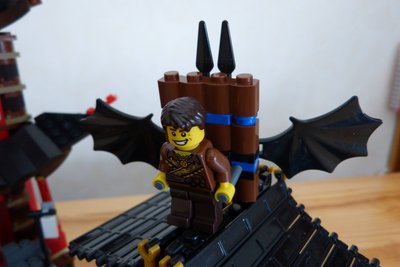 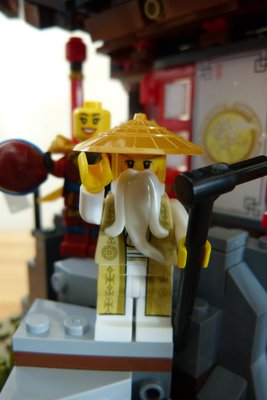 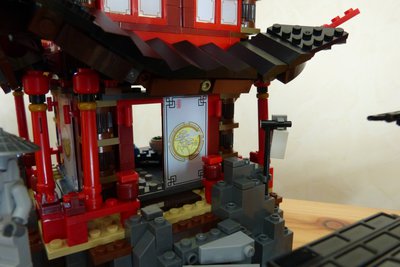 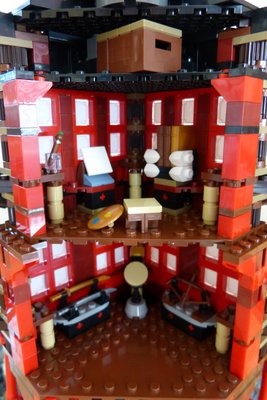 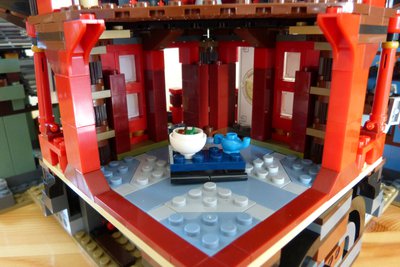 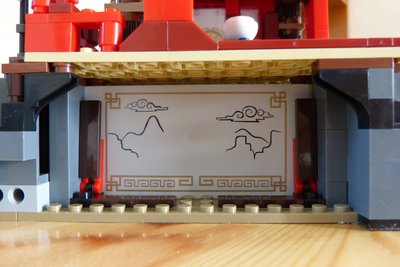 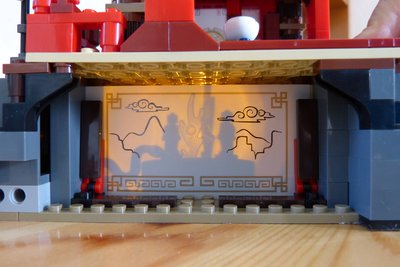 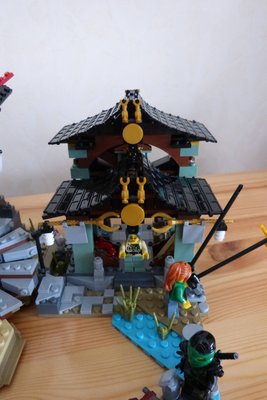 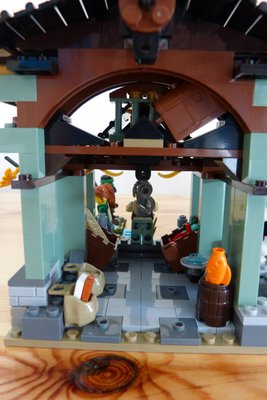 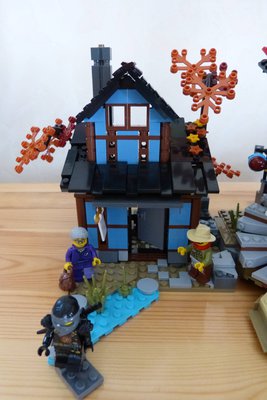 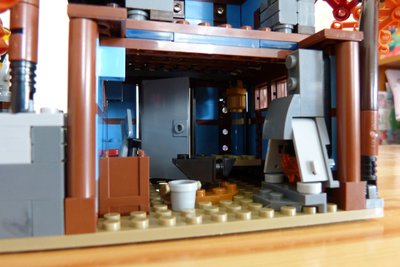 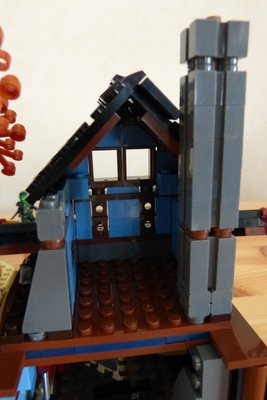 1. Fish and Brothel: Basin without faucet in the original available but not possible due to other stones in the Lepinset (sink = inverted hat Le..g0 and base is a whispering bag 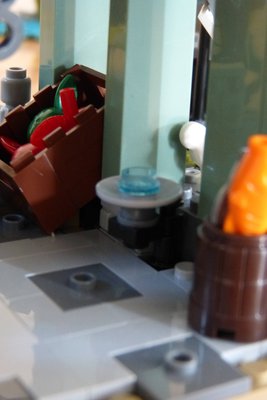 2. The swords to which the two doorplates are attached are at Lepin, Loki’s staff. On the cover, the sword is shown but in the manual Loki Stab is used several times. 3. The beard of the statue is different. He is more structured on the cover. In the set, it is a very simple one. 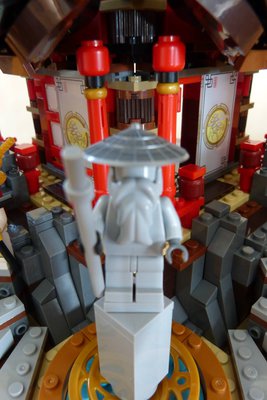 1. I do not like the doorway of the blue house. It sits too far inside and also opens inside. If the whole upper frame is raised by one row, you can open the door forward.

2. What I do not like with Le..g0 and Lepin is that the two side houses above have no middle end, a 1×6 smooth tile black and everything looks good.

3. Likewise, it does not reveal to me why the bridge is not firmly connected with 2×4 flat stones with the two existing parts.

4. The forge above is completely empty. I think it’s a pity.

What was missing with me:

1: a bottom of the “pirate” chest from the shop.
2nd left the dark gray hand of the statue. For various other colors over.

-> If someone has twice inside with him, he knows where she belongs.